China Poly Group, a state-owned corporate giant with assets worth over a hundred billion U.S. dollars,1 has been a growing business for the past two decades, and one of its subsidiaries, Poly Culture, which was listed in Hong Kong in 2014, is one of its main pillars. Poly Culture’s annual report 2018 reveals that most of its profit (about 388 million yuan) was made from the division of Art Business and Auction, followed by 174 million yuan from Cinema Investment and Management and 60.2 million yuan from Performance and Theatre Management. Though being the least lucrative, the business of Performance and Theatre Management, operated by Poly Theatre Management (PTM, a subsidiary of Poly Culture), is by no means a small one. By the end of 2018, there were 64 theatres in 56 cities across China run by PTM, contributing over 9,000 performances per year. PTM has become – as what it proclaims – the world’s largest theatre chain and the largest performing arts agency.

When PTM was founded in 2003, perhaps no one could expect that the newly-born company would grow to such an extent in less than twenty years. In retrospect, the breakthrough took place in 2009, as eight theatres fell into PTM’s hands in that single year – more than the theatres PTM “conquered” in the previous six years altogether. The rise could be attributed to China’s loosening policies, as in July 2009 the Publicity Department of the Communist Party and the Ministry of Culture of China jointly issued Some Opinions on Deepening the State-Owned Art Performance Troupes Reform. which is, to certain extent, a direct result of a nearly ten years of experiment in restructuring the cultural field. It was since the issue of Some Opinions that most of the state-owned performing arts organizations have been converted to commercial entities. The “iron rice bowl” (a Chinese expression referring to a job with guaranteed lifetime employment in state-run enterprise or public sector) in the cultural sector was hence broken, and artists had to start to “work” in accordance to business contracts with limited terms, even though – as what happened very often thanks to the supporting policies – the troupes they worked for merged to form a state-sun for-profit performing arts group. Besides the fundamental changes, additional measures such as tax incentives and public purchase of and subsidies for non-profitable performances were also taken. Therefore, as it turned out, the performing arts market started to become vibrant, and in the meantime PTM took advantage of the policies to amass resources of performing artists and their works. Just two months after the announcement of Some Opinions did the State Council of China issue Plan on Reinvigoration of the Cultural Industry, in which lies an explicit goal that China “should develop art performance theatre lines and propel the chain operation of performance premises in major cities”. In other words, the Plan set the tone for Poly’s theatre chain which had already begun to take shape at the time, and dismissed the concerns over how a state-owned theatre stays in public ownership while outsourcing its management.

The year 2009 also marked the second year of the opening of the National Centre for the Performing Arts in Beijing. The controversial architecture mocked as “Giant Egg” in the heart of the capital caused many other cities in China to jump on the bandwagon. Amid the tide of theatre construction, the state-owned PTM favored by top authorities naturally became the local governments’ reliable – if not the only choice of – partner.

In 2014, Poly Culture, the holding company of PTM, was listed on the Hong Kong Stock Exchange. The prospectus disclosed that one of its main sources of income came from “theatre management fees paid by the theatre owners”, which implied that local governments, namely the actual owners of their cities’ grand theatres, are barely competent to run the halls they have ordered to build. That is why they need to spend extra tax money2 buying the service of PTM in addition to the big spending on the building already.3 Hence to a large extent, the incompetence of Chinese local governments in theatre management has driven the growth of PTM.

It is worth noting that outsourcing theatre management is in full compliance with China’s Government Procurement Law as well as the public-private partnership hailed widely in the country in recent years. In order to save cost and boost efficiency, local governments would be more than willing to offer theatres to PTM, as their “incompetence” can help strengthen their executive roles. 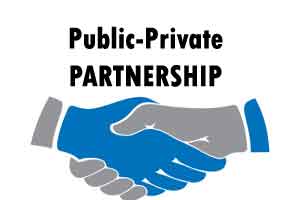 Whatever the reasons behind it, an undeniable fact is that the service provided by PTM is seen as “public service” in China, and to purchase it with taxpayers’ money is not only lawful but in line with the policies made by the central government. Yet, a key question is: are theatres the same as those public services like electricity and water sypply, education, medical care, environment protection, national defense, etc.? In China, the answer is positive, despite the common sense that the number of people a performance serves is quite limited, whether by seat availability or by venue location. Thus the rise of PTM is actually premised on “theatre is a public service”, otherwise the deal between PTM and the local governments would lack legitimacy.

Touted by media as “a thousand times of growth in 15 years”, “a constitutional model of culture”, “a budding aircraft carrier of culture”, etc., PTM’s success are usually attributed to the strategies designed by its top leaders and their management approach. However, if there had been no open cultural policies implemented at a national level ten years ago, no theatre building boom, no incompetent local government in theatre management, and no such premise that “theatre is a public service” to guide policymaking and tax spending, the business of PTM could never have reached the same scale as it is today.

© TANTANYY
For Audiences, Artists, and Theatres

1. According to the information revealed at the website of Fortune Magazine, the total assets of Poly Group in 2018 was 138876.4 million U.S. dollars.

2. The management fee that local governments pay to Poly Theatre Management (PTM) is rarely made known to the public. What can be confirmed by far from the media is that the fee of Tianjin Grand Theatre paid to PTM for the service between the end of 2017 and May 1, 2019 is 9 million yuan, as reported by China Newsweek on October 27, 2017. And according to a bid summary at the Public Resources Trade Platform of Hebei Province issued on November 2, 2018, the three-year management fee of Guan Hanqing Grand Theatre to be paid to PTM is 47 million yuan.

3. The building cost of a theatre in China varies, ranging from a hundred million yuan to tens of billion yuan. For example, the Guan Hanqing Grand Theatre in Baoding, which was opened in March 2019, cost 720 million yuan to build, while the National Centre for the Performing Arts in Beijing cost over three billion yuan.